Prayers Neutralizes Forces Against Us 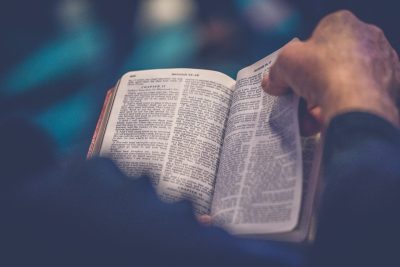 2Ki 6:18 And when the Syrians came down against him, Elisha prayed to the LORD and said, “Please strike this people with blindness.” So he struck them with blindness … 19 …And he led them to Samaria. 20 As soon as they entered Samaria, Elisha said, “O LORD, open the eyes of these men, that they may see.” So the LORD opened their eyes and they saw, and behold, they were in the midst of Samaria.

Elisha at one point prayed and his servant’s eyes were opened to see the greatness of God. Not long after, God delivered the Syrian army into Elisha’s hands when he prayed. As one man, armed with prayers, he had total control over an entire army arrayed against him.

He could have asked God to strike them dead, but not Elisha, he prayed that God would temporary strike them with blindness. Prayers neutralized their forces and rendered them powerless before Elisha led the blind army to Samaria. When a man fears the Lord, He will keep him in all his ways, and give His angels charge over him, lest at any time he dash his foot against a stone serving Him.

“The clearer sight we have of the sovereignty and power of heaven the less we shall fear the calamities of this earth.”, Matthew Henry.  “Prayer strikes the winning blow; service is simply picking up the pieces.” S.D. Gordon. “The prayer power has never been tried to its full capacity. If we want to see mighty wonders of divine power and grace wrought in the place of weakness, failure and disappointment, let us answer God’s standing challenge, “Call unto me, and I will answer thee, and show thee great and mighty things which thou knowest not!‘” (J. Hudson Taylor)